Has anyone noticed that it is almost impossible to find candied or crystallised angelica in British supermarkets these days? Even health food shops seem to no longer stock it. Yet another retro-ingredient which has been consigned to the big shopping basket in the sky. If you want to purchase glace angelica then one of the few places you still can is online, from Wilton Foods.

Until the late 1980s, angelica was a very popular decoration on sweets and some savoury dishes. In the 1950s and 60s, nearly every cake baked had a topping consisting of a glace cherry and a diamond shaped piece of angelica. According to Larousse Gastronomique (1961 edition):

Angelica is a biennial herb rendered hardy by scientific cultivation…..grows wild in the Alps, in the Pyrenees and in northern Europe. It has always been valued as a stimulant, stomachic, carminative and anti-spasmodic…The fresh stalks, candied in sugar, make a pleasant preserve, used by confectioners and wine and spirit merchants under the name of Niort angelica, Nevers angelica, Châteaubriand angelica.

The roots, which come principally from Bohemia, are rugose, grey outside and white inside. They are aromatic, musky, have a sweet taste to begin with, which later becomes acrid and bitter.

They contain a volatile oil, angelicine, angelic acid, tannin, malic acid, pectic acid, the malates, etc. These roots possess very strong digestive and antidyspeptic properties, owing to which they enter into the composition of Melissa cordial and several other liqueurs such as chartreuse, vespetro, gin and English bitters. (p.38).

I had always wanted to have a go at making my own candied/crystallised angelica and researched suitable recipes from various cookery books in my collection. There are also a number of websites and blogs that will guide you through the process. It isn’t easy and although I had fun trying, I am not entirely sure if it is something I would do on a regular basis. It takes about 4 days (or 5, depending on which recipe you follow).

The first step was to source an angelica plant for my garden. Not as straightforward as I first thought. I tried all garden centres in and around the city where I live, I then widened my search to include the New Forest. Luckily, I did find a garden centre just outside the New Forest, which had recently taken a delivery of the plants.

As soon as it was planted, my angelica took, immediately. This was a huge surprise to me as the raised bed, where I grow all of my herbs and vegetables, has poor soil quality (very stony). In fact it started to grow so quickly I feared one morning I would have a Little Shop of Horror situation on my hands. If you do grow angelica, it is important to support the plant with a bamboo cane to which you should tie, loosely, the central stalk. If you don’t stake the plant, in the British wind and rain the stem will snap very easily. The plant may look hardy but it is quite brittle to the touch.

Make sure that the plant has enough room to accommodate its thick stems and leaves. Although, the plant only really spreads out from the top, don’t crowd its base. I left the plant to grow for about 5 weeks and then decided to take the plunge by cutting-off several of its stems. Cutting these stems served to stimulate the plant’s growth even more and I am now on my second stake!

The candied angelica recipe I chose to adapt came from Preserves For All Occasions by Alice Crang (1953 edition). The recipe recommended coating the stems in fresh sugar syrup everyday, for 8 days. I have to be honest I didn’t do 8 days. Other recipes suggested anywhere from 2 to 12. I decided to go for 3 days. 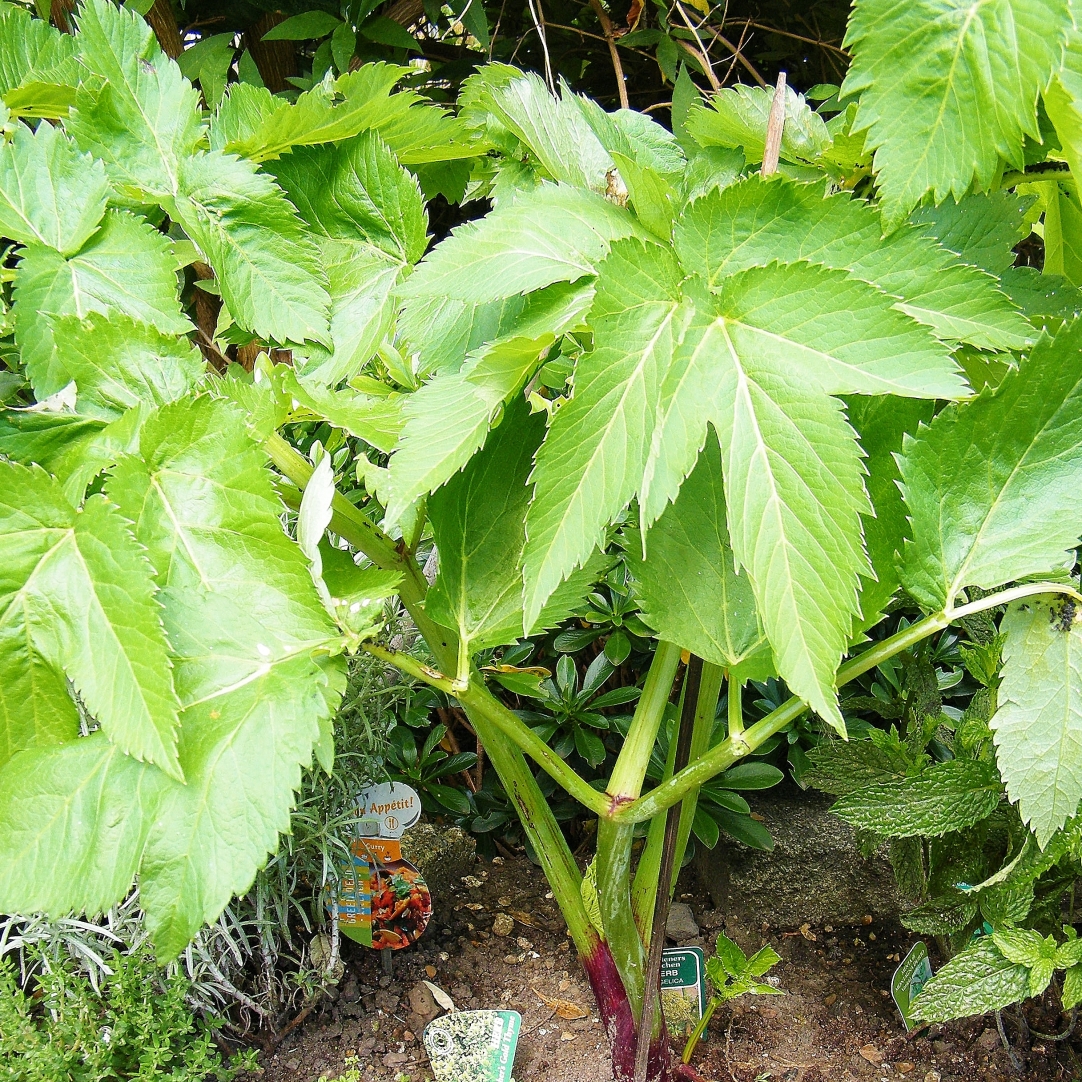 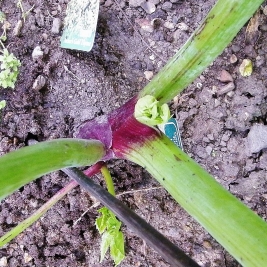 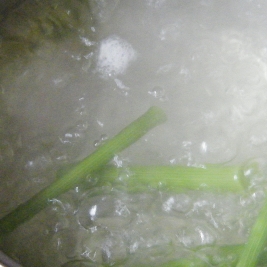 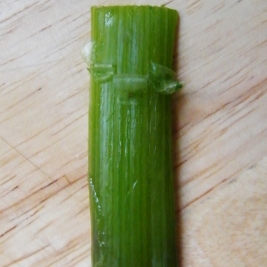 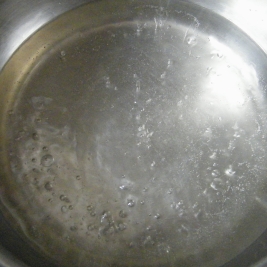 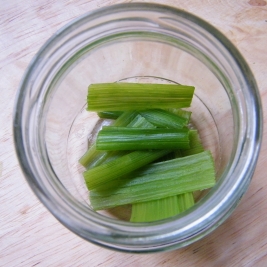 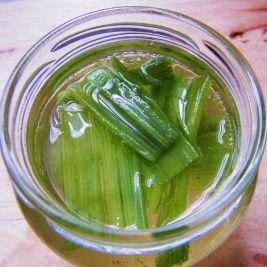 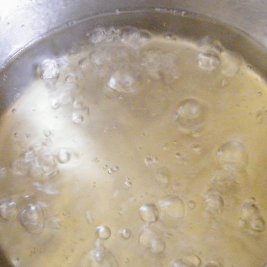 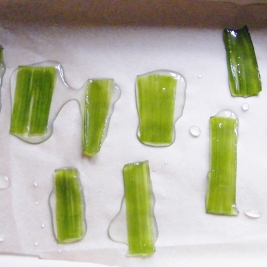 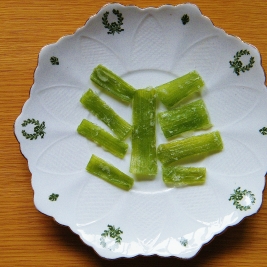 The stems of the angelica need to be young, tender and green. The roots and leaves should be cut off. I have made Alice Crang’s original recipe more user-friendly for the modern cook.

Stop at this point if you want candied angelica. Continue if you want crystallised angelica. You choice will depend upon the type of finish that you want on your bakes. A frosted or clear design? Of course, you could always store your angelica in the syrup permanently and just bake the stems to crystallise them as and when required.

I have read it can last, in a jar, up to 2 years but since I don’t know this for sure I cannot confirm to you. I am only on my first month!