The microwave cooker has introduced a whole new concept to the kitchen; all the traditional methods of cooking rely on the need for an external source of heat to cook the food. Although the older generations may not have understood electricity they certainly accepted the fact that hot grills and radiant hobs would cook the food just as well as an open fire – this was easy, because the effect of the heat on the food was obvious…The microwave is a small appliance which can be accommodated almost anywhere it is required…Running costs are low, because the energy concentrates on the food and not on the surrounding areas…It is a safe appliance to use, as it always remains relatively cool, there are no hot parts on which a user can be burnt, and the kitchen is more comfortable to work in.

Microwave ovens were a ’80s kitchen icon. It might surprise you to know that the microwave was actually invented in 1945 by American engineer and inventor, Percy Spencer (1894-1970). Spencer filed his US Patent ‘Method of Treating Foodstuffs’ on 8th October 1945. The Patent was eventually granted on 24th January, 1950. Spencer experimented with his new prototype by heating popcorn and lobsters. His microwave was called the ‘Radarange’ (2.45 GHz) and stood at 6 feet tall, weighed 750lbs and cost between $2,000 and $3,000.

The first affordable microwaves appeared in the US in 1967 – Amana Corporation – unit price, $495.  Prices soon began to fall and by the end of the ’70s, early ’80s, they were fast becoming a common sight in British kitchens. Combination ovens were also popular in the ’80s and this is the type of oven that my mum and dad brought, it lasted until 2005. Nowadays, microwaves are still popular but are predominantly used for re-heating as opposed to cooking meals start to finish from scratch.

The microwave cooker offers a revolutionary method of cooking food, whether you use it as your main oven or simply for minor tasks and experiments….The recipes cater for every occasion, from a quick snack to a grand dinner party, and they are accompanied by superb photographs which show just how to present the finished dish. The occasional menu idea lists the order for cooking a whole meal in the microwave to avoid any last-minute panics.

At the end of ’80s, safety concerns were raised by the Government that ovens didn’t heat the food evenly thus increasing the risk of food poisoning due to the fact that all bacteria had not been killed-off. There were also a number of incidents in which ovens caught fire and food was badly burnt:

Mrs Rhodes was cooking a Christmas pudding in her microwave oven. She left the kitchen for a few minutes, and when she came back the room was full of smoke – and the pudding burning inside her oven. Hers was one of more than 30 letters we received in response to a request for information about microwave fires in the December 1987 microwave ovens report.

Safety standards were improved, confidence in the kitchen ‘ping-meister’ soon returned and according to a 1991 Which? Report:

Over half the homes in Britain now have a microwave oven in them. This report tells you which one to buy, and brings you up to date with all that’s new in microwaves. Because of worries about food safety and microwave ovens, there have been two years of discussion and research which have highlighted the need for consumers to have a much more accurate labelling system for reheating microwavable foods. 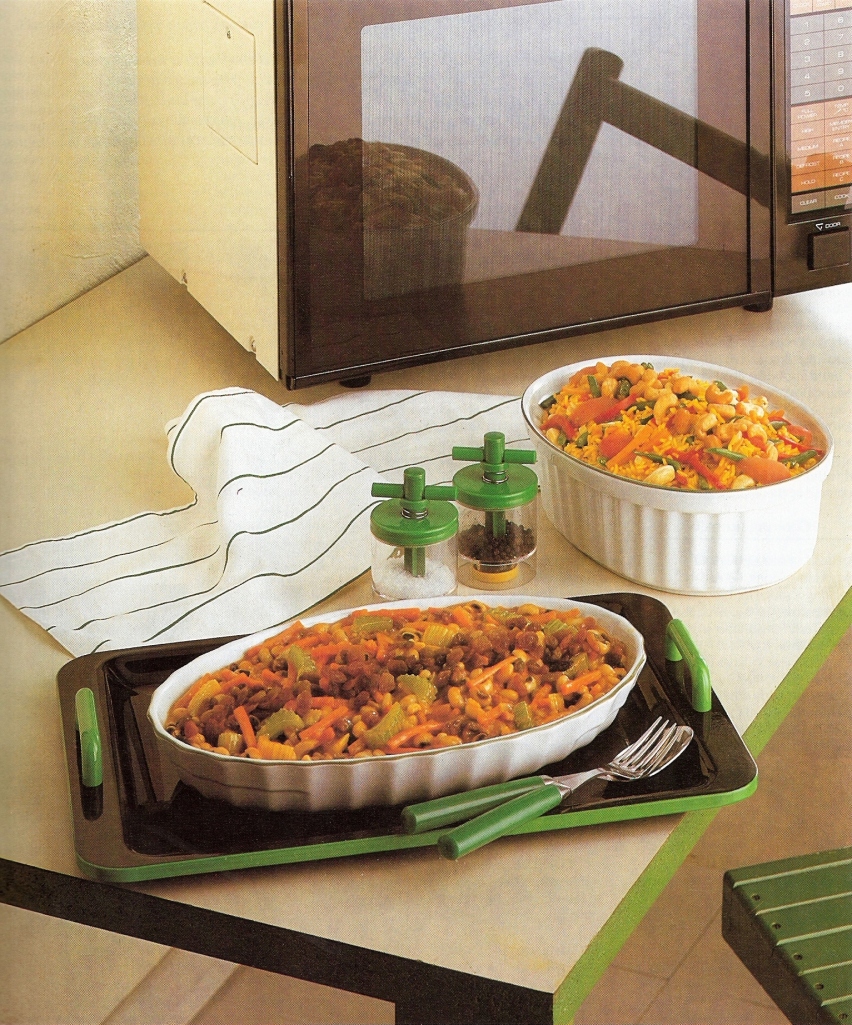